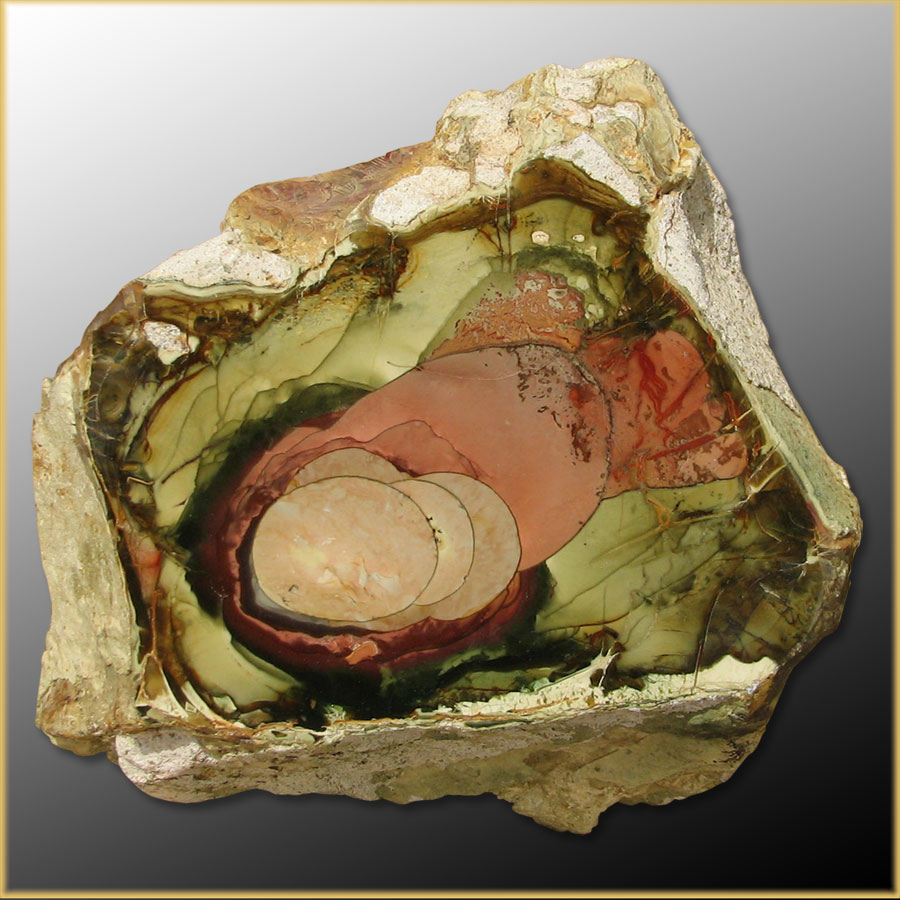 This series of posts was archived from Mining Morrisonite in order to preserve the content should that blog be taken down in the future.

I discovered the Christine Marie Mine in the Owyhee Canyonlands on my Owyhee Out-and-Backs trip. Upon returning to my visit and looking for more information about the mine as I put my story together, I was delighted to find the entertaining and informative story about several years of its development, from the guy who made it all happen - Eugene Mueller.

Please do enjoy this content, and I encourage you to visit his original blog (if it still exists) as well as his storefront - The Gem Shop, Inc. - to show him support.

Note: No modification has been done to the content of the posts, though some portions have been reformatted to display correctly here. 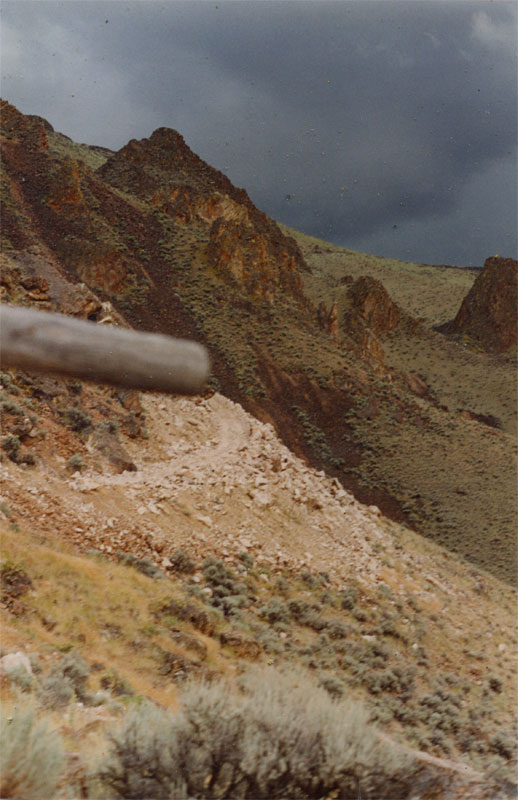 Watching a storm roll in from the cabin.

In May and June the weather can vary greatly in the Morrisonite Area. It can be cold and windy (see our mining page on our website titled “Morrisonite Mining Operation 1989”), or hot and stormy. I was working in the “Old Boat Dig” on the Christine Marie in late May and following several small veins down and into the side of the hill. The deeper I worked the larger the rocks became and the cracks between them increased as well. In my blog titled “Nature of the Deposit” I talked more in depth about the cracks. As I worked my way down I developed a large, bowl shaped pit with a slope that acted as a ramp so I could drive the loader into the pit to remove the waste rock. This pit faced the southwest catching the direct rays of the afternoon sun and was wonderfully warm to work in when the weather was cool or cold. 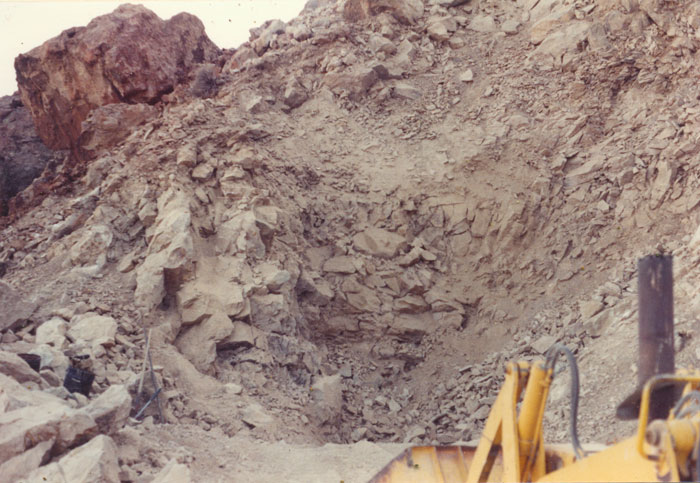 One day, rather suddenly, the weather changed and it became very hot. It was so hot I was seeking shade in the evening around the cabin. I was still working in the pit all day and it did not seem to be too uncomfortable working even though the pit should have been unbearably hot in the afternoon with its orientation to the sun. One day I woke to a very hot and perfectly still day. 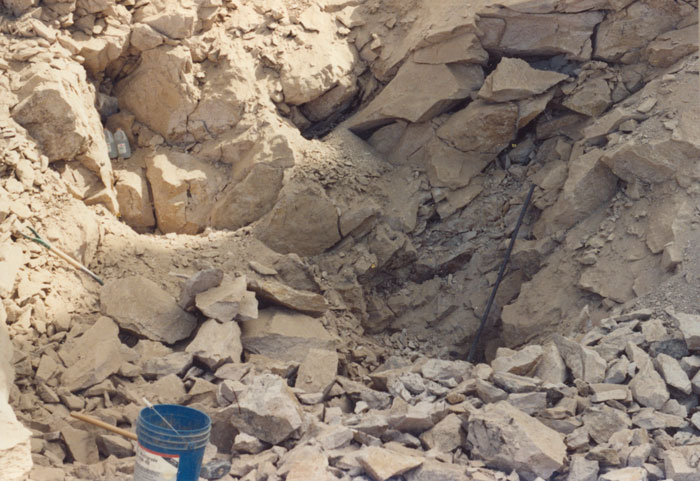 Cracks in the rocks.

I remember walking to the mine wondering how I was going to do any work in the heat. There was no breeze or air movement as I started down the slope into the pit. To my surprise the air felt a little cooler. I could not believe how cold it was in the bottom of the pit. I went over to the large cracks between the big rocks in the bottom corner of the pit and I could feel cold air coming out of the cracks.  Without a breeze to carry the cold air away it had filled up the pit like a lake. I told Jake about the cold air and we found a thermometer to check the temperature. We placed the thermometer in one of the cracks and no matter what the weather or time of day, the air seeping out of the cracks remained a constant 39 degrees.  The cracks between the rocks were large enough to accommodate water bottles and for a long time I always has cold water to drink while working. It was still hot working if there was a wind dissipating the cold air, but you could at any time get down close to the cracks and cool off. As to why there was cold air coming out of the cracks, I have no idea. Perhaps there is some ice down in the earth under all the severely cracked rock. 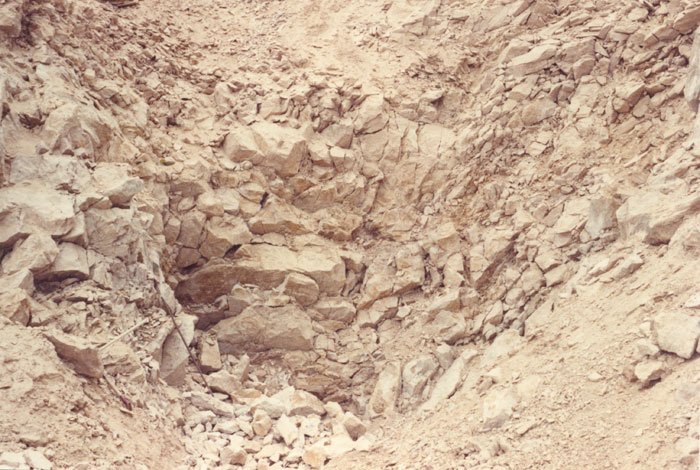 Another view of the pit and cracks.

As so often happens with a blog, these upcoming posts were never published by Eugene. Still, his posts over the previous two years give us a mesmerizing glimpse into what it was like to work the Christine Marie Mine.