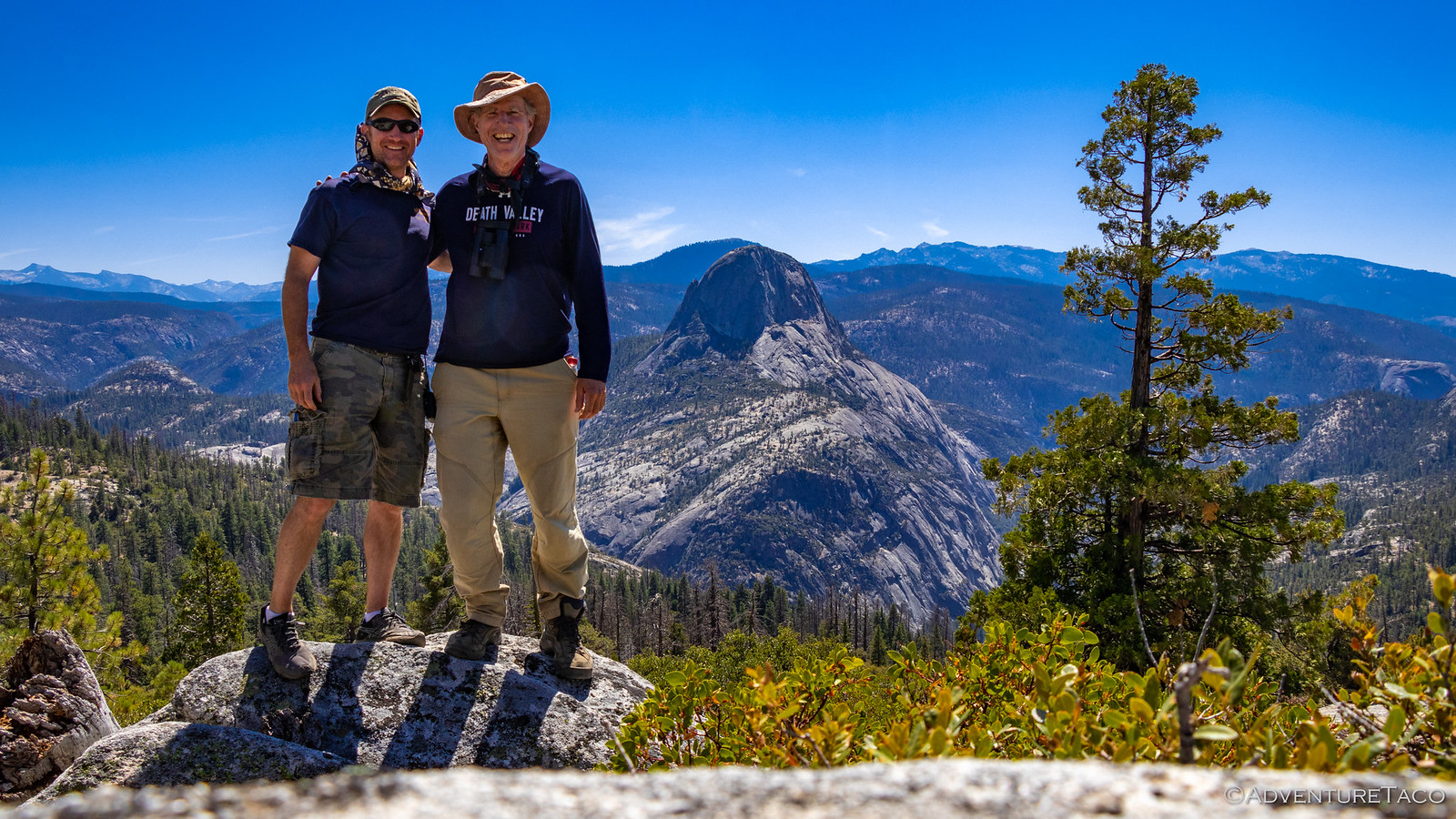 Part of the Into the Sierra Wilderness (Sep 2019) trip.

When you relax all day and know that the next will be more of the same, there's really nothing to do but sleep well at night

, so that's just what we did - the only sounds around us, the rustling of a light breeze through the trees, and the tumbling of ▮▮▮▮▮▮▮▮▮▮▮▮▮  as it spilled through its channel a hundred-and-fifty feet below.

Only the warm morning sun woke me from a restful night, my tent - a gleaming advertisement for @Cascadia Tents, the view - to rival any other. It was - as far as I'm concerned - one of the best mornings I've experienced from the tent. 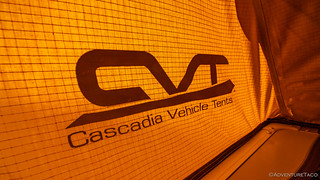 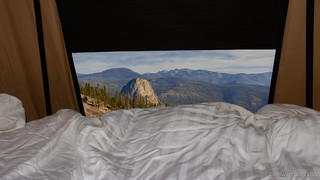 After a bit more bird searching, breakfast, and relaxing around camp, it was eventually time for us to prep ourselves for a hike along the ▮▮▮▮▮▮▮▮▮▮▮▮▮  and into the ▮▮▮▮▮▮▮▮▮▮▮  Wilderness. As usual, we planned to eat lunch at our final destination, and that meant we needed to make our deli-style sandwiches and get some water ready to go.

That's when we ran into a bit of a pickle - neither one of us had brought a pack. This being a shorter trip for Pops, his packing list assumed that he'd really just hang out around camp. And, for the first time in a while, I'd decided not to bring my old-man-fanny-pack even though I was headed out on a longer trip immediately after this one - because I figured that trip would be all driving and no hiking.

One might say luckily - but anyone who knows me knows that it's just due to a lack of fashion - I was wearing my camo cargo shorts, and I was able to stash my water bottle in one pocket, my sandwich in another, and still have a couple open for camera stuff. Pops, much more fashionably dressed - in some khaki cargo pants

- did something similar. And we set off! 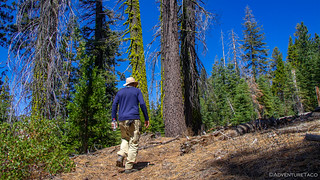 One of our first courses of action was to cross ▮▮▮▮▮▮▮▮▮▮▮▮▮  on a bridge built reasonably recently and still in great shape. It's always a great place to take in the creek below and marvel in it's ability to carve a channel through the thick granite slabs. 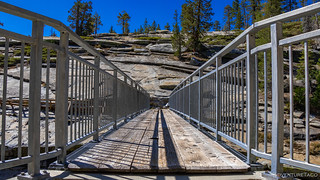 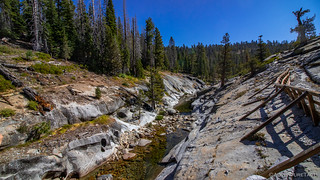 Across the creek and into the ▮▮▮▮▮▮▮▮▮▮▮  Wilderness, we made our way along a trial that was familiar to us both for the first mile or two - this, the same trail that led to Lost Knife Knoll. Soon though, it was new territory for me, our trek from last year having forked from the main trail, and this year's excursion continuing along it.

As we went, we enjoyed each of the creek crossings - only trickles of water at this point in the summer - each one headed towards ▮▮▮▮▮▮▮▮▮▮▮▮▮ , the main drainage for the surrounding slopes. Along the way, Pops pointed out landmarks to me and related stories from his 30-some years of visiting this place. 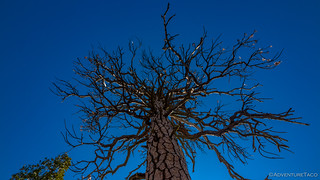 Another huge Sugar Pine decimated by beetles. "It was such a beautiful tree." -Pops

Working our way around the bends of the creek, we eventually found ourselves with a peek-a-boo view of camp, three-quarters of a mile to our north, an interesting perspective that I'd not previously experienced - the granite mountains behind camp, invisible when we were relaxing there. 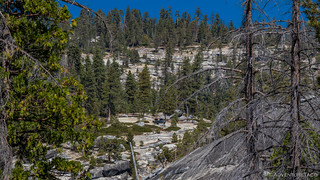 On we hiked, our lunch spot now much closer than it'd been some 90 minutes before - just down a final descent to a nice flat area overlooking ▮▮▮▮▮▮▮▮▮▮▮▮ , the ▮▮▮▮▮▮▮▮▮▮▮  Valley, and Little Bear Hill. 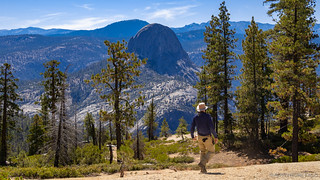 It wasn't long before we found a nice shady spot with a view worth a million bucks, and sat down to enjoy our sandwiches. Sourdough bread with deli turkey, cheese, lettuce, tomatoes and of course the requisite condiments - mayo, mustard, and pickles - it was the perfect way to enjoy the expanse we found before us, as a Red Tailed hawk soared overhead. 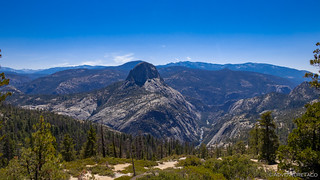 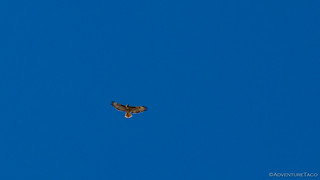 Eventually it was time to head back. It was a bit of an uphill climb from here, so before we headed back, we took a few final minutes to snap a photo in front of a backdrop that I'm sure we both hope to visit many more times. 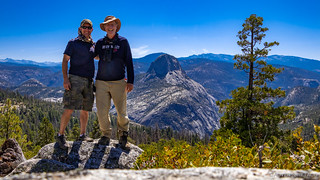 Like any good automotive project where the instructions are as simple as "installation is the reverse of removal," it was a straight forward process to get back to camp. I'd hoped to make a slight side trip to get a better view of camp from the granite wall just across the creek, but I was distracted by the sights - like this sugar pine cone - and missed my chance. 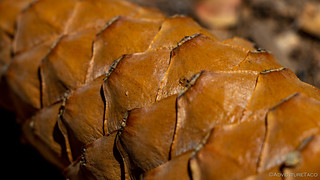 At the halfway point back to camp, our path once again joined up with the trial that led up (and up) to Lost Knife Knoll. Knowing it'd be my only chance for the trip, I decided a detour up the mountain was in store - solo, since we'd already done quite a bit of up-and-down for the ancient one.

It was of course no problem - we'd each brought our HT Ham radios, and a quick radio check showed them to be in working order as I set off up the hill, and Pops continued on towards camp.

As I knew was going to be the case - having been to this viewpoint last year - the view from Lost Knife Knoll was spectacular! Offering an entirely different view of the ▮▮▮▮▮▮▮▮▮▮▮  watershed than we'd seen just a mere 30 minutes before, underscoring the enormity of this amazing place, three sides ringed by mountains over 10,000 ft tall. 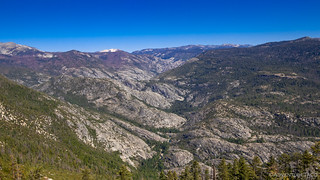 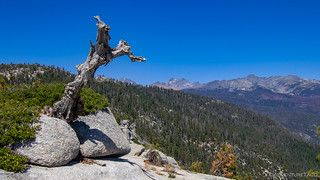 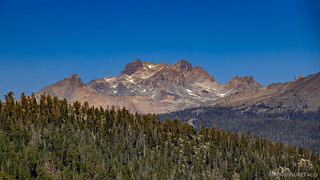 Of course, no trip to the knoll would be complete without a check for the knife from which it earned it's name. This, obviously, isn't the "Lost Knife" - that one was of course lost - but rather a replacement that's remained hidden for years, a treasure for anyone lucky enough to find it...and hopefully leave it for the next inquisitive explorer! 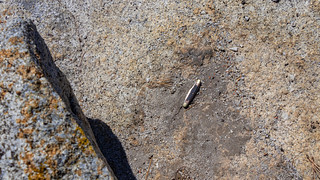 My mission accomplished, I spent a bit more time on the top of the knoll - this the only place in the area where there was a bit of cell service - before alerting Pops that I was headed back to camp and ready for a dinner that I'd been looking forward to - these special hot dogs he gets at some local shop.

Naturally, I was back in camp well before dinner and we did a bit more sitting around and lazing about before I decided that it'd be a good idea to head down to the creek for a quick bath. See, my plan was to leave this week of camping for another 17 days of travel through Wyoming and Colorado, and three weeks without a shower is...a bit much. So, a trip to the still-freezing-even-though-it-was-September creek was in order, and despite the chilly temps, it was actually quite nice to clean up and swim with the fishes. Another thing to look forward to again next year! 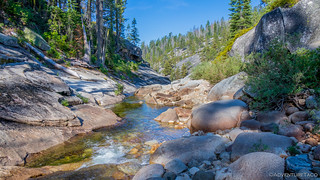 And then, we enjoyed sunset and ate hot dogs. 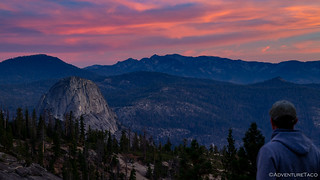 Dinner naturally led to a camp fire - likely at the same time - and before I new it, it was time for our last night at ▮▮▮▮▮▮▮▮▮▮▮▮▮ . Once again, the peacefulness of our surroundings made for an easy night sleep.

The next morning we moved a little quicker around camp - the hours of birding for Pops and lounging around for me cut short - our goal to depart by 11:00am or so - me for Wyoming and Pops for a few more days of birding his brains out, likely near some sewer pond somewhere in California. It was 10:00am by the time we got everything put away and were ready to leave camp in much better condition than we'd found it. A final, tradition-based photo, and we pulled out of camp. 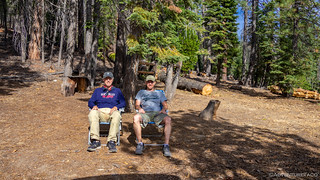 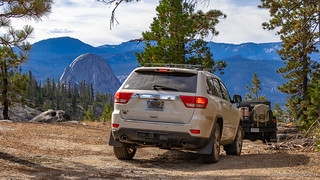 On our way back, it struck me as only slightly ironic that the Tacoma - with aired down tires - was quite clearly a better ride over the bumpy road that the Jeep Limo, but hey - what do you expect from a Jeep, right? 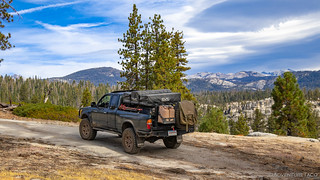 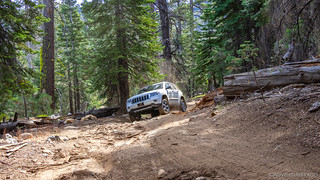 We made one last pit stop on our way back to ▮▮▮▮▮▮▮▮▮▮▮▮  when Pops noticed an invasive weed growing in a small patch along the side of the road. If we could get these pulled, and he could keep an eye on them the next couple years, we might still stand a chance of stemming the invasion, so we spent 15 minutes or so pulling every one we could find - most of the roots coming up and out of the soft soil, a good sign for sure. 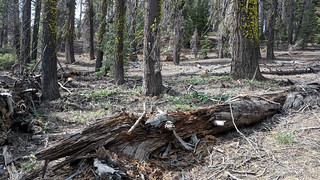 And then, we were off. We'd caravan together for a couple hours, stopping for lunch at one of Pops favorite spots before parting ways. It was 2:00pm by that point, and I had an 18-hour drive to complete in the next 24 hours...

But that is the start of another adventure!
...one that would end much differently than this one - for nearly everyone involved...

More of This Special Place

Bridge-to-Bridge in the Middle of Nowhere