Our last two trips have both been to the Owyhee area of southeastern Oregon and western Idaho - Into the Owyhee Uplands and Owyhee Redux. The truck performed well on each trip, but as always there are little tweaks I want to make to the setup, so let's dive in to the rig review.

TL;DR - The spherical bearings are doing OK, but I think that's temporary.

With a new set of spherical bearings from ADS installed just before the first Owyhee trip, the bearings seemed to do just fine through the two trips. However, after chatting with a few folks, I'm convinced that the current bearings I'm using won't be my long term solution. The current bearings are standard COM10-T bearings - steel with a Teflon liner. The steel rusts, and that rust then acts like sandpaper, quickly destroying the liner. So, I'm going to use up my current stock of COM10-T's and then I'm going to try some stainless steel FK bearings (FKSSX-10T). The idea - perhaps obviously - is that the stainless steel won't rust, thereby prolonging the life of the Teflon (and bearing). If that doesn't work, I'm going to look into making my own rubber/poly bushings to replace the spherical bearing in the lower shock eye. 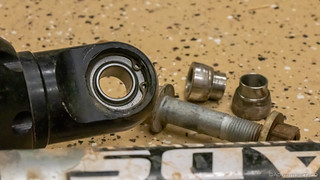 Not much more to say about that - here was the write-up where I replaced the faulty battery. Props to Mike over at GPCarAudio for great customer service. 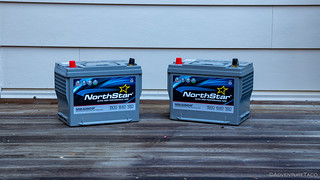 TL;DR - I threw away the leaky bottle and got a few used bottles to fill and use on future trips.

I hate the idea of throwing things away after a single use. So, if you have a need for propane, I recommend filling bottles yourself - from your own 20 lbs tank. That's what I did with some used Coleman 1 lb bottles that I got from a buddy. This filler/refill adapter works great, and you can get a full pound of propane into the small bottles if you freeze the bottle before you fill it. 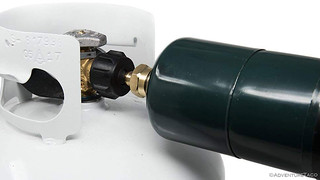 TL;DR - no trouble on the last couple trips.

I don't know if this is really solved, but I'm going to say it is. Because, I'm not doing anything about it. 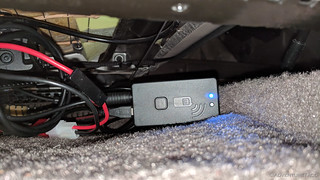 TL;DR - I've really liked the ST Maxx tires, but they are on their last legs. Time to start a search for replacements.

I put a new set of Cooper ST/Maxx 255/85R16 tires on the Tacoma a little over a year ago when I switched to 4Runner 5-spoke wheels. They've performed very well over those ~35K miles, the one that's been on for the longest is now nearly bald. I might have a bit of an alignment issue, but regardless, I need to get new tires. I'm currently considering another set of Cooper ST/Maxx, a set of BFGoodrich KM3's, or... well, that's about it. 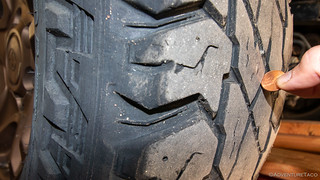 It's Noisy in the Cab

TL;DR - I wish it were easier to hear podcasts, and that the long stretches on the highway were a little quieter.

On long trips, @mrs.turbodb and I often listen to podcasts, music, etc. as we tick away the highway miles. Sometimes, we have to turn these up reasonably loud in order to hear them, and I'd like to not have to do that. I also wonder if I ever want to get true mud terrain tires, if I'll hate myself for all the noise they make on pavement. So, it's time to start researching sound deadening for the Tacoma.

TL;DR - I need to replace the evaporator core inside the cab of the Tacoma so we can get cold air again.

I'm not sure why this hasn't been in past rig reviews, but it's definitely been an issue for over a year. I took the truck in to get the AC recharged before trips last summer and the tech (at Toyota) initially said that I had a leak. However, upon recharging the system, they couldn't find the leak so they called it good and told me that I could come back and they'd apply the amount I'd paid for a recharge to the diagnosis if the recharge didn't hold.

Sufficed to say, a few months later, the AC wasn't working again and I took it back to Toyota. They were great and diagnosed the issue for "free." Turns out that after filling the system with dye, there were no leaks in the engine compartment, but when they used a sniffer on the AC vents, they discovered 134A blowing out into the cabin. This, they assured me, was because the evap core had a leak, and so as air blew over it, it was blowing the 134A into the cabin.

And, it would only be $3,800 to fix. So yeah, I passed on that and haven't had AC since. With summer coming (a second time), it's something worth noting - because even on this last trip, there were times where it would have been nice to have some cool air blowing on us. 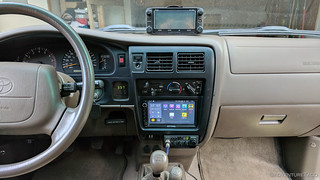